Cosmetic procedures involve the placement of scars in inconspicuous areas heal with minimal scarring. Any time an incision is made, a scar will result. Unfortunately, the thickness and the texture of the scar is only partially related to the skill of the surgeon and the procedure itself. In no case will scar revision surgery eliminate a scar completely. In nearly all cases, it will minimize the scar. In very rare cases, the scar could be made worse. This is a risk that a patient needs to accept. The doctor’s knowledge of your healing history is critical to making the most educated decision for the benefit of the patient.
In developed countries risk in surgery has greatly been diminished. However, a person considering elective scar revision surgery as with any surgery should discuss risks with their surgeon. Here is a partial list a person can ask their doctor about.

Take the time to ask questions!. It’s natural to feel some anxiety, whether it’s excitement for your anticipated new look or a bit of preoperative stress.

The impact of scarring and the disfigurement from it has a tremendous emotional impact on a person. It can be even greater for children who may lack the cognitive and language skills to communicate there distress. Males of all ages are often ingrained socially not to communicate distress over scarring even if it is impacting them in a negative way. Many people undergo unnecessary deformity because either they or their families have failed to deal with their concern over the effects of facial scarring or have failed to seek advice on what can be done to improve the appearance of facial scars.

Advancement in today’s cosmetic surgery provides more options. The treatment of facial scarring can be the most gratifying thing that a cosmetic surgeon does. Unlike other cosmetic procedures, incisions for revision cannot be hidden. The location of the scar determines the incision but it is the techniques in restructuring the scar that can greatly reduce its appearance and advance a patients self-image and emotional wellbeing.

Children and young adults are the disproportionately the victims of injury. Their skin tends to heal with more scarring because they heal more rapidly. Although these scars tend to fade with time, it still makes the treatment program more difficult. Furthermore, it makes it much more important to wait before initiating treatment since a scar that looks poor a month or so after injury may continue to greatly improve in appearance for many months. Ultimately, it may be so unnoticeable as to not require treatment.

Although the repair carried out at the time of injury does influence the amount of scarring that exists after healing, even the most careful repair may not provide a totally acceptable result. When treating the initial injury, one is never sure how tissues will heal. Lost tissue may have to be replaced with grafts. Wounds may have to be closed under tension. These are only some of the factors that tend to promote increased scarring.

Scars are the result of our natural biological process of wound healing. This repairing takes place in the skin and in other body tissues. The external scars of the skin most often comes to mind even though injured internal parts of the body can heal with scar tissue. Often a doctor can diagnose a condition based on some internal scarring of an organ such as the liver, lungs or kidneys. 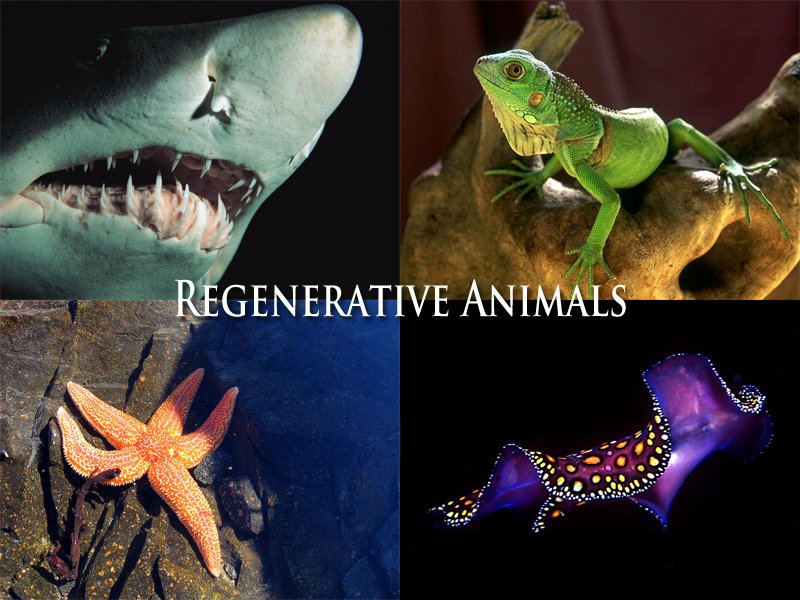 Scars are areas of fibrous tissue (fibrosis) that replaces normal skin or organ tissue after injury. This is why it is said that scarring is a normal part of the healing process. Every wound (e.g. after accident, disease, or surgery) has some degree of scarring. There are some exceptions to this in the animal world. These animals undergo regeneration, which do not form scars and the tissue will grow back exactly as before. Some examples are:

• Lizards who lose all or part of their tails can grow new ones. Most
lizards can regrow a tail within nine months.

• Planarians are flat worms. If cut into pieces, each piece can grow
into a new worm.

• Sea cucumbers have bodies that can grow to be three feet long. If
cut into pieces, each one can become a new sea cucumber.

• Sharks continually replace lost teeth. They can grow as many as
24,000 teeth in a lifetime.

• Spiders can regrow missing legs or parts of legs.

• Sponges can be divided. In that case, the cells of the sponge will
regrow and combine exactly as before.

• Starfish that lose arms can grow new ones; sometimes an entire
animal can grow from a single lost arm.

As mammals, humans just aren’t that fortunate. Scars are part of our existence for better or worse.

• Scars in the skin are less resistant to ultraviolet radiation
• Sweat glands and hair follicles do not grow back within scar tissue
• A heart attack causes scar formation in the heart muscle, which
leads to loss of muscular power and possibly heart failure.
• Bones can be an exception they can heal without any structural or
functional deterioration.

Scarring is an inevitable part of hair restoration and physicians performing hair transplants are always challenged to reduce scarring as much as they are able. The strip method which is the most popular form of hair restoration surgery requires a donor strip to be taken from the permanent zone which requires the doctor to pay close attention to wound closure and scar reduction. Some patients have suffered trauma that may have left unwanted scar. Hair, can naturally cover scars in most cases. However, when it happens to be close to the hairline or depending on the patients hair style it can be harder to cover up.

Since the advent of hair transplant surgery, hair transplant surgeons have been challenged to address the scarring that is inevitable from the donor wound in strip hair transplants. Other types of scalp surgeries such as neurological surgeries can also leave linear type scars in the scalp. In addition trauma to the head can leave a person with unwanted scar. A patient’s natural hair coverage can obscure the visibility of a scar in most cases. However, proximity to a patient’s hairline and or wearing the hair too short can make a scar more obvious.

Surgeons can repair or disguise most scars. The differences of shape as well as the placement and size of the scars will determine the technique that is used by the surgeon. The goal is to revise the scar so that it may be almost invisible. This scar revisioning is far more than a cosmetic need. Scars can affect the person’s self-esteem. Surgeons are in the forefront of minimal scarring.

A hair transplant surgeon can easily repair or camouflage most scalp scars. The variations in a scar shape, location and size are key factors affecting the techniques that a surgeon will use in the revisioning of the scar. The singular and most important purpose of the scar revisioning is to obscure or minimize its appearance to the naked eye. Scar revisioning is not merely cosmetic. Disfigurement from scarring often affects a person’s sense of well being and self worth. Do to the inherent nature of the work they do cosmetic surgeons are at the forefront of minimizing the appearance of scars. We have developed an algorithm utilized in hair restoration and other surgical cosmetic practices that effectively meets the challenge of scarring from these procedures. Many of the same techniques are also employed in addressing scalp scarring from trauma and scalp surgical procedures.

A wider scar can come to be as the result of stretching. Stretched skin can have a variation in color, different from the skin surrounding the scar. Bringing hair into the scarred area can meld this difference. Blending the contrast is the key to success. Follicular unit grafts with FUE and trichophytic closure on one or both edges of the scar is the best technique. Many people need various transplants into the scalp to better disguise the scar.

A scar that is wider than expected gives evidence that some level of stretching has occurred. Skin that is stretched typically has a contrasting color to neighboring skin. Minimizing this contrast is one of the key approaches to reducing this type of scar. Hair transplant surgeon can reduce the contrast by bringing hair inside the scar by a variety of techniques to minimize the contrast between the hair bearing scalp and non-hair bearing scar. That is done through placing follicular unit grafts with FUE procedure or by performing trichophytic closure on one or both edges of a scalp scar. Many people may need more than one hair transplant into their scalp to improve the reduction in visibility of the scar.

If you are suffering from a scalp scar, you need to find a good hair transplant surgeon with plenty of experience with treatment of scalp scars. A simple consultation would make the overall plan clear. The plan may include a surgical procedure, using cosmetics for hair and scalp and hair style changes.