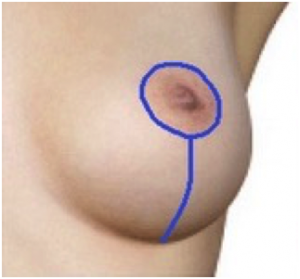 A breast lift surgery, otherwise known as mastopexy, is one of the most commonly performed cosmetic procedures for the breast. Women find it an effective method of restoring the youthful appearance of their breasts. By adjusting the position of the breasts into a higher position, this procedure reduces sagging and makes the curves of the upper body look more defined.

There are many reasons why women want to undergo a breast lift. Some do it because they want tighter and fuller-looking breasts while others are simply bothered by sagging. Sagging of the breasts is usually a result of the aging process as well as giving birth and having children. One thing patients don’t want is the scarring associated with a breast lift. Thankfully, breast lifts are available with different techniques to suit the patient’s needs. One of the most popular among these techniques is the lollipop breast lift which is said to be an excellent compromise between the amount of incisions needed and the effectiveness.

A lollipop breast lift, AKA the vertical lift, is a cosmetic procedure that aims to reshape the breasts without changing its volume. The name “lollipop” is used to describe the incisions used for the procedure. They include a vertical incision that runs from the bottom of the breast to the nipple where a circular incision is made around it. This allows greater flexibility and adaptability while keeping the incisions to a minimum and not as visible as incisions used with other breast lift surgeries. Lollipop breast lift improves the appearance of a droopy breast by allowing it to have a more rounded shaped that looks fuller and more youthful.

Other than a lollipop lift, breast lift surgeries can also be performed using two other incision techniques: Benelli lift and anchor lift.

The Benelli lift, also called the periareolar or donut incision, is performed by creating an incision around the areola only. It is the best option for cases that require very minimal lift. 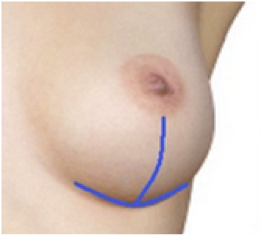 The anchor technique, also known as the keyhole or inverted T incision, involves a vertical incision from the nipple down to the bottom of the breast much like a lollipop incision. The second incision is created horizontally and runs along the breast fold, thereby creating a distinctive anchor pattern for which the technique is named.

The lollipop technique offers better results than a Benelli incision. The lollipop can also be performed without the extensive incisions required in an anchor incision. In general, the technique used to perform a breast lift depends on how low the breasts have sagged and how much tissue needs to be repositioned or removed. The lollipop breast lift technique is recommended in cases of mild to moderate sagging that requires a minimal amount of surgical correction. Women in their 30s and 40s who have had children are usually the ideal candidates for a lollipop breast lift.

A lollipop breast lift moderately elevates the nipple, reduces the size of the areola and removes excess skin with less noticeable scarring. The scar fully heals after about six months to one year. Recovery is also faster since the wound created is small. The typical recovery period is only one month.

The results of a lollipop breast lift can last for up to 10 years. The need for a follow-up procedure depends on the size of the breast or if the patient has had implants. For very minimal adjustments, the Benelli lift is usually performed. On the other hand, larger adjustments call for the anchor breast lift.