The appearance of a scar on the skin can cause a person to have less confidence in their appearance as well as worry about how to remove the scar or at least revise its overall appearance. Some of the medical options available to surgeons include removing excess scar tissue or reconstructing the skin that surrounds the scar as well as other soft tissues that are located near the scar. Here are some of the most popular surgical methods used by doctors across the country to address the appearance of a scar on the skin. 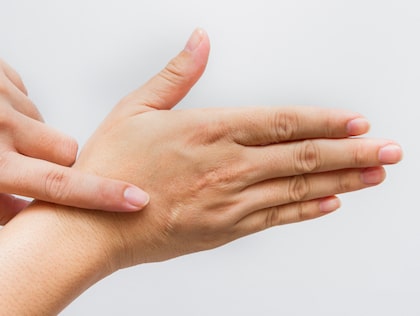 Scar revision surgery is performed to minimize the look of a scar as well as help the scar better blend-in with the skin that surrounds it. Scars can be the result of a surgical procedure and they can also appear after an injury or accident occurs to a person. Once an injury or wound appears on the skin, the soft tissues that surround the wound or injury can change shape or become uneven, sunken or raised in appearance as the wound heals.

If the scar is the result of a surgical incision, the sutures or stitches used to close the incision can alter the look of the scar. Stitches need to be removed before the top layer of the skin heals around them or the entry point of the stitches might become a permanent feature on the body. This is often referred to as a “railroad scar”.

The decision about the extent of the revision surgery, as well as the scar revision technique used, depends on the size and location of the scar as well as the type of scar that is being treated. The surgeon can reposition the scar so it is in an area that is less visible on the body, reduce the size of the scar or smooth the contour of the skin and other soft tissues to correct the look of scars that are dimpled or sunken in appearance.

Patients that do not want to have surgical scar revision can have fat placed in a sunken scar area to fill-in the sunken portion of the scar. The fat is typically removed from the body of the patient so there is little chance of an infection occurring after the fat is placed in the targeted area.

There are times when the surgeon feels that the best option for treating a keloid or large hypertrophic scar is to remove it. There are times when keloids go beyond the margin found in the original wound. In these cases, keloids will require removal so the surgeon will be able to reconstruct the surrounding tissue and skin and also restore some of the underlying structure of the damaged area. A large hypertrophic scar can also be removed which gives the surgeon the ability to create a new scar that is thinner and much less noticeable in appearance.

Scars from a burn frequently cover a large area of the skin. The surgeon can use a technique known as skin expansion to replace the scar from the burn with normal skin. During the skin expansion process, the surgeon will implant a small balloon beneath the healthy skin of the patient (located next to the scar). In the weeks before the surgery, the balloon is filled slowly with saline water when the patient visits the office of the doctor. The purpose of filling the balloon with saline water is to expand the healthy portion of the skin. During the scar removal surgery, the surgeon will be able to use the expanded skin to replace the skin that has been burned. The new skin will then heal naturally on the body of the patient.

Scar Surgery – What to Expect after the Procedure

Once the surgery is over, the surgeon will place a bandage over the wound and the stitches (if applicable). There will be a follow-up appointment about a week after the procedure so the doctor can evaluate the healing process and remove any necessary stitches.

Over the next few months, the skin will heal and the new scar (that is smaller in appearance) will start to flatten and fade so it matches the surrounding skin. It can take up to a year for the healing process to finish.

If it looks like a keloid or a hypertrophic scar is starting to form after the surgery, the doctor can administer a corticosteroid injection to lessen its appearance. It might take several injections into the new scar tissue to prevent any recurrence of the keloid or hypertrophic scar.

Patients that have any questions about scar revision surgery or scar removal surgery should schedule a consultation appointment with a board-certified, experienced surgeon to examine the scar tissue and determine the best option to address the appearance of the scar. Whether it be for a mole, a hair transplant scar, or another type of surgery, consult with an experienced surgeon in person for the most accurate assessment.