A common issue for many people during their teenage years is acne (which is primarily a hormonal condition). Sensitivity to these male hormones, combined with bacteria and fatty acids within oil glands, can cause acne. Common sites for acne are the face, chest, shoulders, neck and backs they are all sites of oil glands. Acne can sometimes leave behind scars that can be corrected with fillers. One of the many treatments for acne scars is fillers that can be used on areas of the face including the cheeks, nose, lips and chin as well as around the mouth. 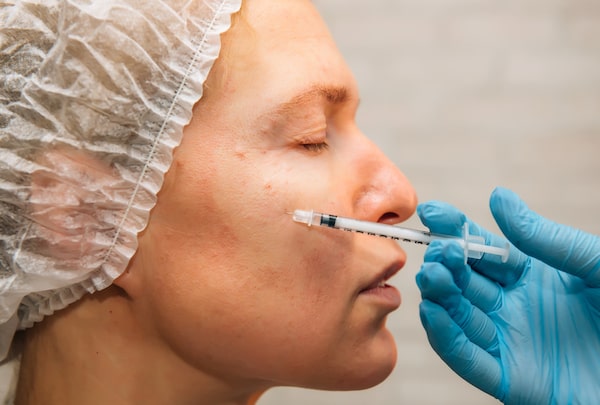 All dermal fillers are generally considered to be safe even if it is necessary to perform skin testing for allergies prior to certain procedures such as the use of certain fillers with bovine collagen. Many of the newer fillers are made from sugar that is naturally found in the skin and the overall chances of them causing allergic reactions are rare.

There are still certain side effects that you need to be aware of including swelling, bruising, itching, redness and an allergic reaction to the lidocaine. Another risk is blood vessel occlusion which is when a blood vessel becomes blocked and can cause the skin to break down. It should be noted that this is rare for fillers used for acne scarring because they are typically placed in such a way where the risk of occluding a major vessel is unlikely.

The procedure is rather easy to perform so, after any fillers, you can resume most activities right away and you should be able to drive yourself home. Avoid strenuous activities and try not to itch or rub the injection site for a number of days after your treatment. Filler injections should only be performed in-office by a trained medical professional for safety and the optimum results. Be sure and consult with the medical professional before having fillers for acne scars to discuss any questions to concerns and to find out the type of results you can expect to see after the treatment. Once you and the medical professional are in agreement about the procedure, you can schedule your fillers treatment to address your acne scars.

While it is known that vitamin E assists in moisturizing the skin, research also shows that vitamin E oils and supplements have little to no effect on scars. Vitamin E’s extensive range of benefits includes maintaining both the health of the eyes as well as strengthening the immune system of the body. There is a common belief that vitamin E will help reduce the appearance of scars but there isn’t much evidence to prove this belief is accurate.

What is Vitamin E?

Vitamin E consists of a group of fat-soluble compounds with antioxidant effects. Antioxidants will protect cells from the effects of free radicals as they are known to damage cells and contribute to the progression of both cardiovascular disease and cancer. Vitamin E can exist naturally in some foods while some manufacturers are also known to add it to other foods. The most naturally-occurring sources of vitamin E include, but are not limited to, nuts, spinach, whole grains, olive oil, and sunflower oil. In other instances, the vitamin is available as an oral supplement or as oil that people can apply to the skin.

When treating burns and scars, vitamin E is often a very popular option. However, there have been multiple studies conducted to prove the validity of that use and unfortunately the results have been disappointing in some cases.

In a study from 1999 that looked at the effects vitamin E had on scarring, it was actually shown that one-third of those studied actually had allergic reactions to it. In fact, 90% of the people reported that they either had an allergic reaction to the vitamin E or there were no visible effects on their scarring. It was proven that vitamin E does help other skin conditions such as atopic dermatitis AKA eczema. As of today, there isn’t much information available to prove that vitamin E will help diminish scars. Plus, a 2016 review concluded that there has to be more research conducted to come to a conclusion on the matter.

Vitamin E and the Skin

While vitamin E’s assistance in reducing the appearance of scars may seem questionable, one fact out of these studies concludes that moisturizing the skin during the process where the wound is healing will definitely help. If the person isn’t allergic to vitamin E, they can use moisturizers that contain the vitamin. This still discounts the effects of vitamin E’s presence in moisturizers but the act of moisturizing the skin is still beneficial. If someone wants to use vitamin E oil or take the supplements, it is suggested that they speak to a healthcare provider.

Hydrogel (also known as silicone gel) adhesive dressings are an option to apply over, and flatten, scars. The silicone helps to hydrate the scar and slow down the production of collagen fibers. In doing so, the scars will begin to come in flatter, softer and paler than usual.

In the United Kingdom, the National Health Service (NHS) has suggested applying the silicone sheets for 12 hours a day for three months. A treatment that many choose is a scar massage which is said to soften the scar while helping reduce pain, itching and sensitivity. Be sure and massage, for five minutes at a time, 3-4 times throughout the day. Trusting a scar specialist will ensure proper advice on the best technique to use on a particular scar.

A dermarolling procedure involves rolling tiny needles over the surface of the skin. There are people who think that by puncturing the skin and creating injuries, the skin will heal itself and improve the appearance of scars. In a clinical trial done on dermarolling, it was found, after three treatments, there was a visible improvement of the scars. There have been a few participants that reported instances of pain from the procedure so consult with a dermatologist before having the procedure.

Other procedures that may reduce the appearance of scars include:

The time it takes for a scar to fade on the skin can vary and depends on the initial size and depth of the injury. According to the NHS, scars from injuries such as cuts or surgical incisions usually takes up to two years to flatten before they begin to fade. Hypertrophic scars can continue to thicken for six months before they start the process of fading for the next few years.

Vitamin E and Scar Treatment – Is it Worth It?

There is not much clinical evidence that proves that vitamin E oil or supplements can help reduce the appearance of scars. However, there is good evidence to support the fact that the positive effects people notice from vitamin E can be the result of moisturizing or massaging the scar and not the vitamin E itself. Patients might be better of considering other scar treatments like silicone sheets, massages and dermarolling.

Here are some of the most effective, and popular, scar treatment options to reduce or eliminate the appearance of scars:

The use of home remedies for scars can help to reduce the appearance of the scars located on the body. In general, home remedies are ideal for treating new scars or scars that are relatively minor in their appearance. If a scar on the body is older, or considered to be extensive in its appearance, it is best to visit a doctor to discuss medical cosmetic treatment options instead of home remedies. 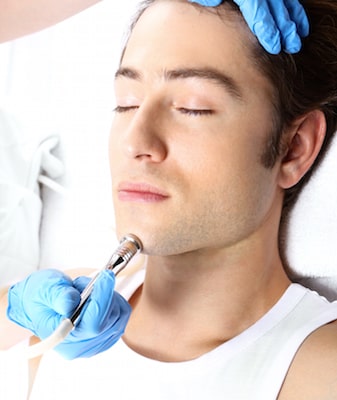 Older scars that tend to be more visible might only respond to medical or cosmetic treatments of the scars. Here are some examples of the most effective medical and cosmetic scar treatments:

Choosing how to Treat Scars

Patients should be aware that different types of scars can require different treatment options. It is important to consult with an experienced doctor about the best treatment option for a scar. Scars from a sports accident or mishap at home will need to be addressed differently than a scar that is the result of a burn.